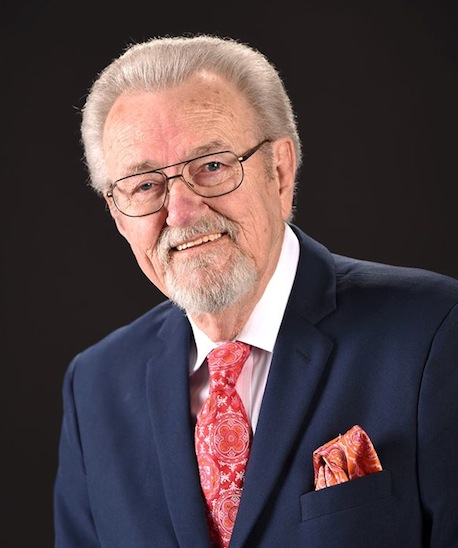 For over 55 years, Ed O' Neal has served as owner, manager, and bass singer for the legendary Dixie Melody Boys. Throughout his tenure, he has received every possible award for excellence from his peers and fans, including multiple Favorite Bass Singer honors, the J.D. Sumner Living Legend Award, and the prestigious Marvin Norcross Award. Perhaps his greatest achievement was induction into the Southern Gospel Music Association's Hall Of Fame long before his storied career was over.

His legacy continues today. In addition to being one of Southern Gospel's most beloved personalities, Ed O' Neal is credited with introducing some of the greatest talent to ever grace a concert stage. Thanks to Ed's ability to locate and groom such fine performers, the Dixie Melody Boys have been affectionately dubbed "Ed O' Neal University."  Some 80+ individuals have graduated from EOU and are currently serving in various capacities throughout churches and concert halls across the country. Ed O' Neal's smooth vocal stylings and southern charm have gained him countless fans the world over, but his humility, grace, and generosity have earned him a place in innumerable friend's hearts.

Ed O'Neal has hosted the popular television program, Great American Gospel, for many years and has also appeared on the Gaither Homecoming series.